Millions of visitors flock to Cannery Row every year. While it’s now known for the incredible restaurants, the Monterey Bay Aquarium, and a massive population of adorable sea lions, Cannery Row has a lengthy and fascinating background. If you want to learn more about the place that inspired two Steinbeck novels, a Nick Nolte film, and a Bob Dylan song, keep reading to discover the colorful history of Monterey’s Cannery Row. 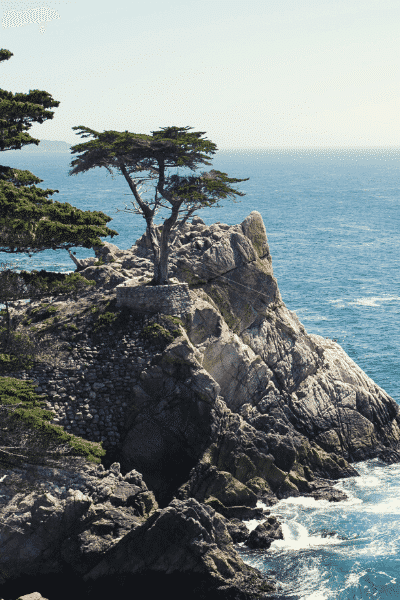 Monterey Bay was a popular destination for immigrants coming to America between the late 1700s and early 1900s. During the 1850s, many Chinese fishermen and their families settled at Point Ohlones. These immigrants lived and worked in Monterey for decades, and began building the foundation of what would become Monterey’s vital and lucrative sardine industry. They moved from their settlement at China Point after an unfortunate series of fires, and eventually resettled to McAbee beach in 1907. Without their hard work and ingenuity, Cannery Row would never have become the lively and bustling cultural hub that it is today. Many local historians also believe it was the Chinese that actually brought our very plentiful Monterey Cypress tree to this area, the most famous of which is the iconic tree we all recognize.

The Southern Pacific Railroad eventually made its way to Monterey in the 1880s, bringing along tons of tourists and new industrial opportunities. Businessman Hugh Tevis began constructing a sprawling estate on Monterey Peninsula in the late 1800s. The Tevis Estate was completed in 1901, which led to an even bigger boom in visitors coming to see this lavish and beautiful property.

The canning industry (that would of course become the row’s namesake) got its start in 1902, with the founding of the Monterey Fishing & Canning Company and the harbor’s Booth Cannery. A ton of new fisheries and canning companies sprung up in Monterey between 1916 and 1918, which kicked off a financial boom in the area.

One of the most famous events of Cannery Row was the 1924 fire, which started when a bolt of lightning struck two massive petroleum tanks, causing flaming oil to spill into the harbor. Two canneries were destroyed in the fires before the tides quite literally turned, preventing further damage. 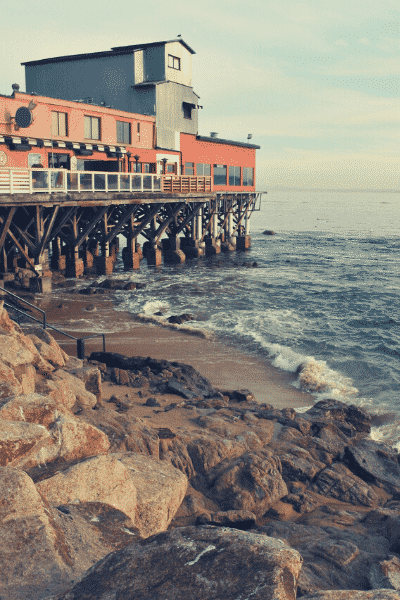 The famous American Tin Cannery opened in 1927. The cannery itself has long since closed, but the building is now home to a massive shopping and entertainment center that helps drive the areas bustling tourism industry. During the Great Depression, the sardine industry saw a large uptick in demand, creating and saving countless jobs for hardworking fisherman and factory employees. During WW2, another boom in demand caused the fishing and canning industries to expand even further. But the overabundance of fishing in the area could only last so long.

The sardine population was almost totally depleted by the late 1940s. The once-thriving canning and fishing industries disappeared, and the economy in Monterey took a downturn. But around this same time, John Steinbeck published the first of his two novels on Cannery Row, which eventually began bringing visitors back to the area in droves. During the 50’s and ’60s, the now-empty fisheries and canning plants were finding new life, serving as restaurants, shops, and cafes. This revitalized tourism to the area and Cannery Row began to flourish once again.

The Monterey Bay Aquarium on Cannery Row opened in 1984. Initially funded by David Packard of Hewlett–Packard, the Monterey Bay Aquarium has been operated by his daughter and esteemed marine biologist, Julie Packard. The opening of the aquarium further solidified Cannery Row as one of the most popular tourist destinations in the state. People return to this area every year to eat, shop, learn, and explore.

After your next visit to Cannery Row, come and stay with us at Carmel Valley Lodge. Our serene property and cozy guest rooms give our inn the perfect atmosphere for you to unwind after a long and exciting day by the sea.