Like the Taj Mahal, the Comstock Cottages were one man’s monument to love. Hugh Comstock built these cottages for the love of his wife Mayotta Brown. There are 21 of these fairy tale cottages scattered throughout Carmel-by-the-Sea. With a mere 250-square footprint, they are the original tiny houses. Read on to learn five things you didn’t know about the Comstock cottages.

In 1924, a young man named Hugh Comstock of Illinois visited Carmel, the idyllic seaside retreat for artists and writers. He happened upon a pretty young woman named Mayotta Brown hanging up hundreds of her Ootsy Tootsy dolls on a clothesline. Some articles say the dolls are made out of felt, while others say rags. Within four short months, they fell in love and married. Comstock built these fairy tale cottages to house her numerous and increasingly popular Ootsy Tootsy dolls. That first cottage that he built for her dolls was called Hansel. Gretel followed soon after. The houses were so popular that they received many requests to build and innovate the cottages all over Carmel-by-the-Sea.

There are self-guided tours to accompany your hunt for the Comstock Cottages. If you take at least three selfies with three different Comstock Cottages, we’ll reward you with a 20% off discount on your room rate at the Carmel Valley Lodge (two-night minimum; Tuesday through Thursday only). Call (831) 659-2261 for reservations and questions. 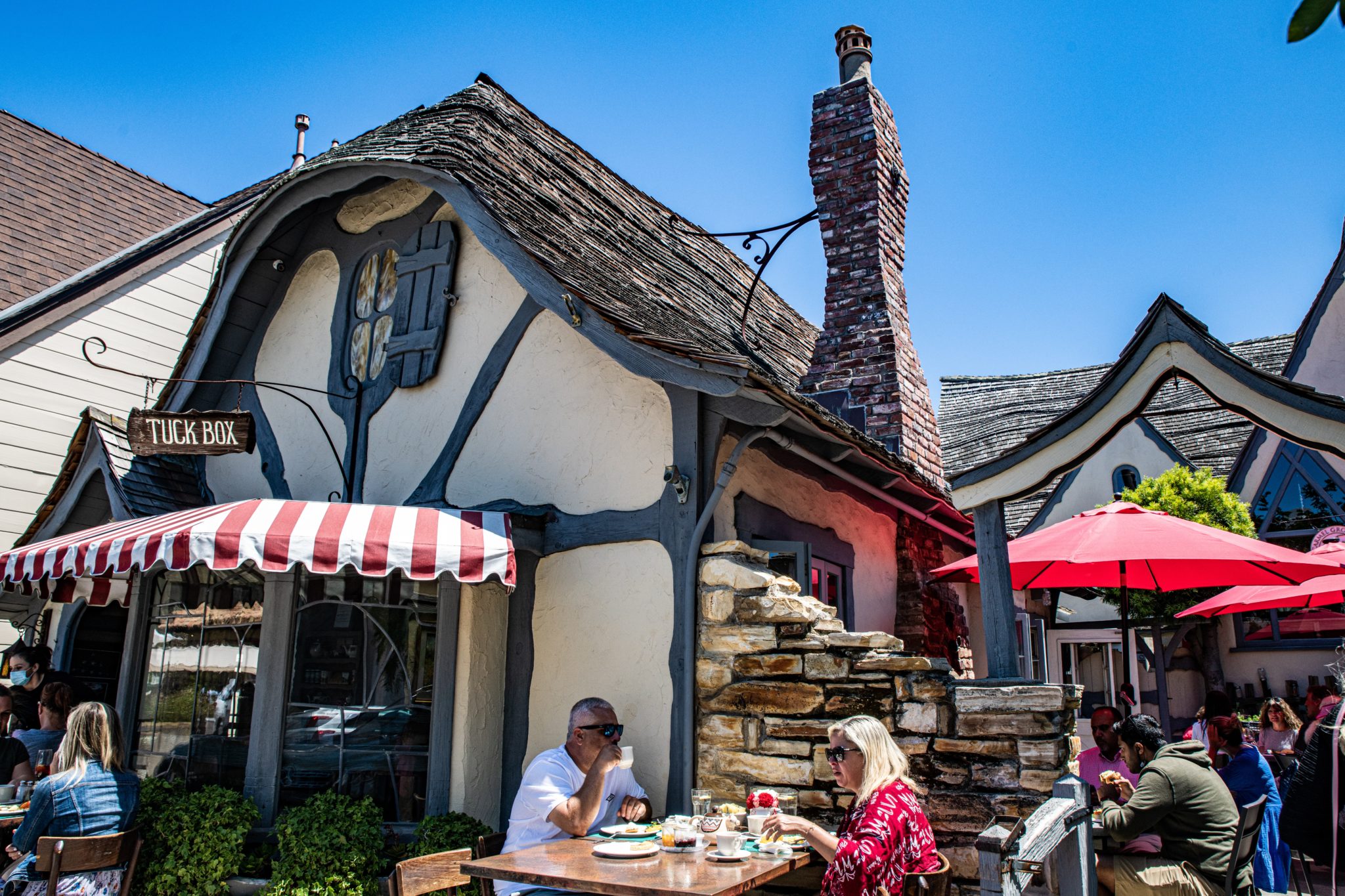 Visitors say the Tuck Box looks like where Bilbo Baggins and his Hobbit buddies would hang out. Photo by @mana5280 via Unsplash.

The Tuck House was built in 1927. It is and has always been a cafe and restaurant for light meals and beverages. Visitors rave about their fresh eggs, jams, scones, and other baked goods. 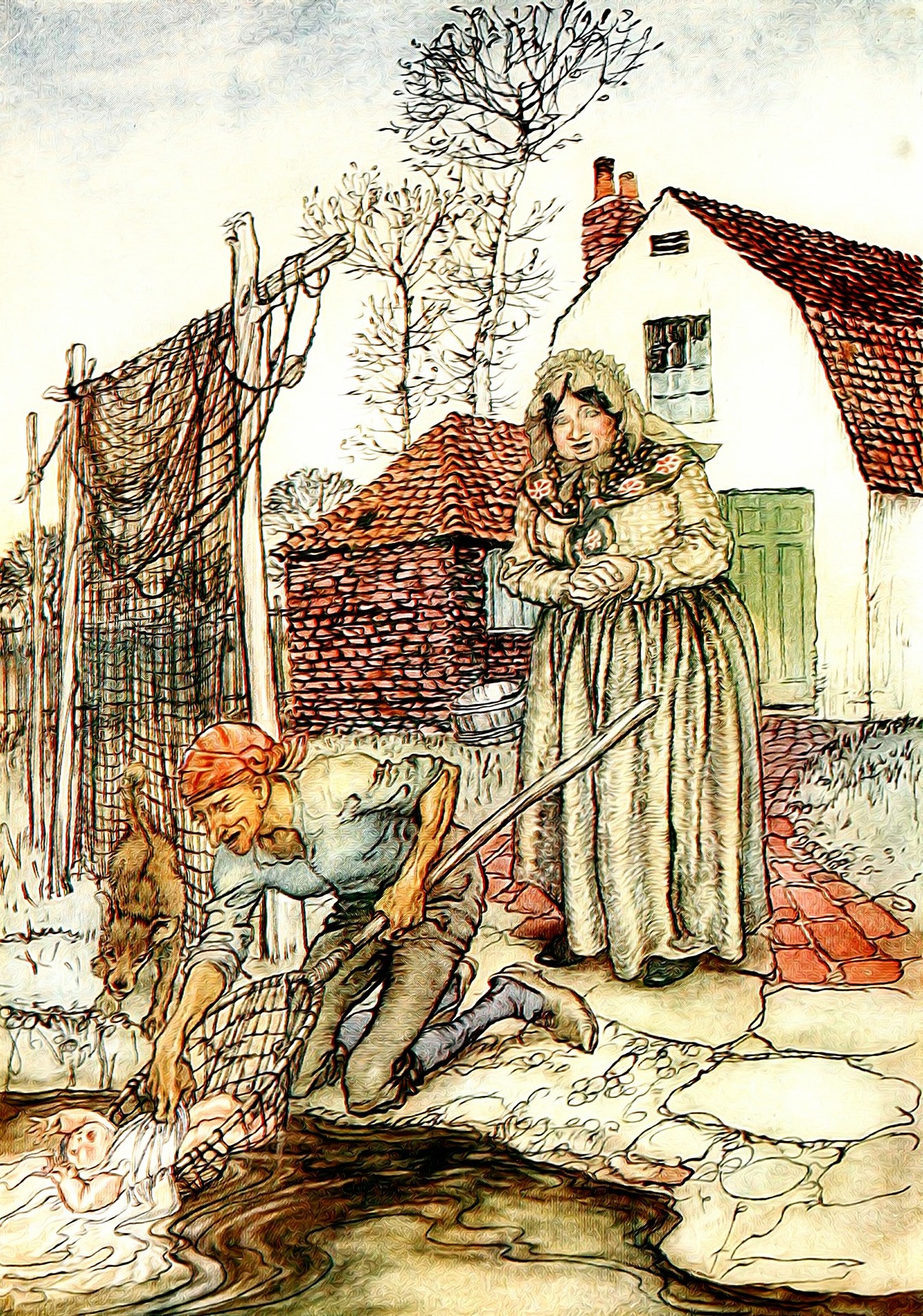 Comstock was inspired by the cottages that appeared in the illustrations of Arthur Rackham. Image courtesy of Prawny by Pixabay.

Comstock’s cottages were inspired by the illustrations of Arthur Rackham, who was a famous English book illustrator who envisioned the fanciful images for A Midsummer Night’s Dream, The Wind in the Willows, The Fairy Tales of the Brothers Grimm, and many, many others.

The Cottage of Sweets was originally built in 1922 on Delores Street, and then moved to Ocean Avenue a year later. A guy named Ted Kuster designed the beautiful Court of the Golden Bough Theatre, and moved the Cottage on logs the courtyard to serve as a ticket window. In 1959, a Canadian businessman gave the Cottage a new life as a candy shop, which it remains to this day. 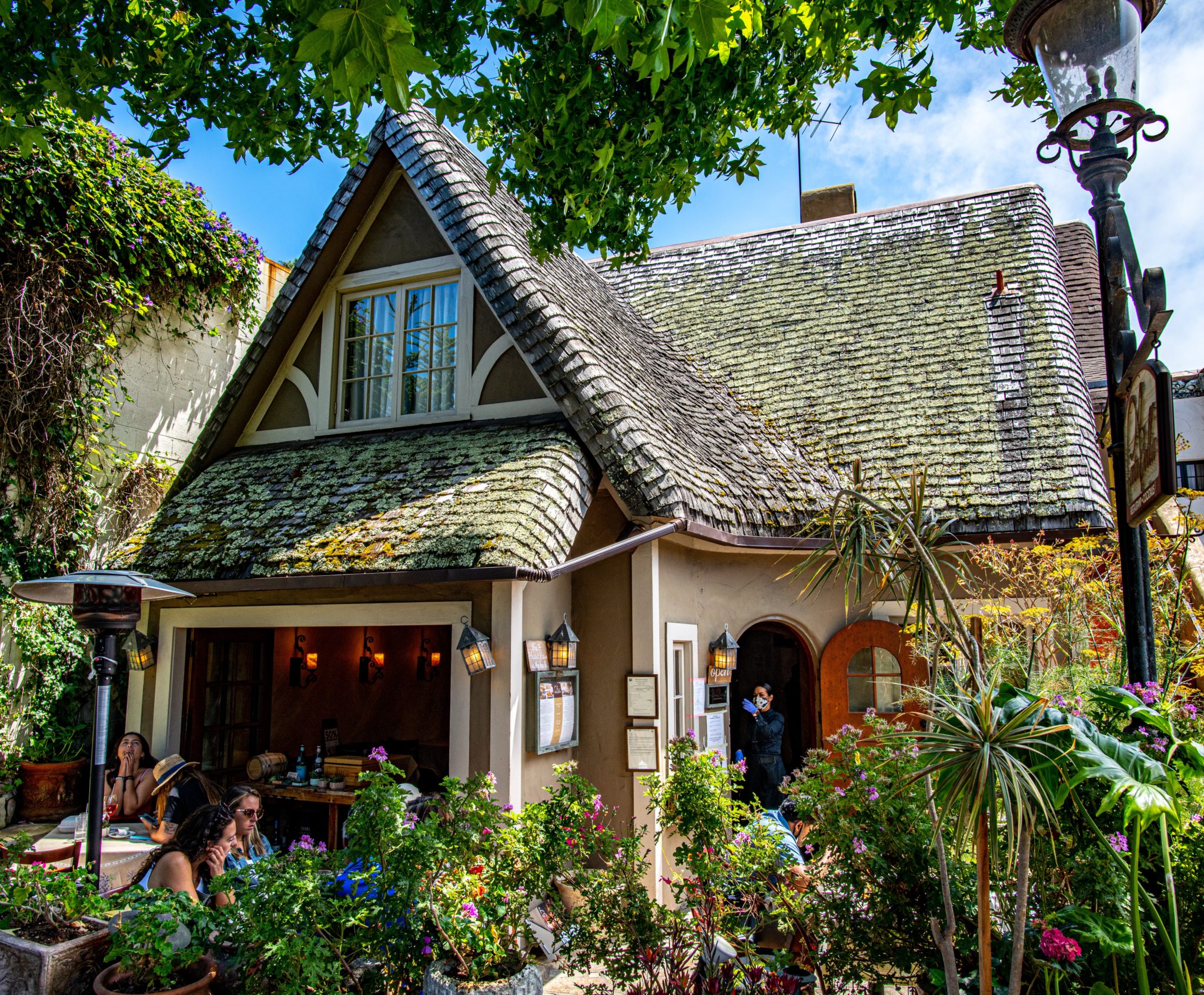 The Comstock Cottages are nestled in the heart of Carmel-by-the-Sea. Photo by @mana5282 on Unsplash.

While many of the cottages are businesses like sweet shops, restaurants, and cafes that welcome visitors, there are still a considerable number of cottages that are owned by private residents. So please be considerate when exploring the cottage homes, and make sure you follow the Golden Rule!

Comstock’s chimneys were made out of signature Carmel stone, giving them a distinct color and texture. Despite its softness and porousness, the stone, also known as Monterey shale, is more popular than ever because of its unique variegated texture and range of soft cream, tan, and brown colors.